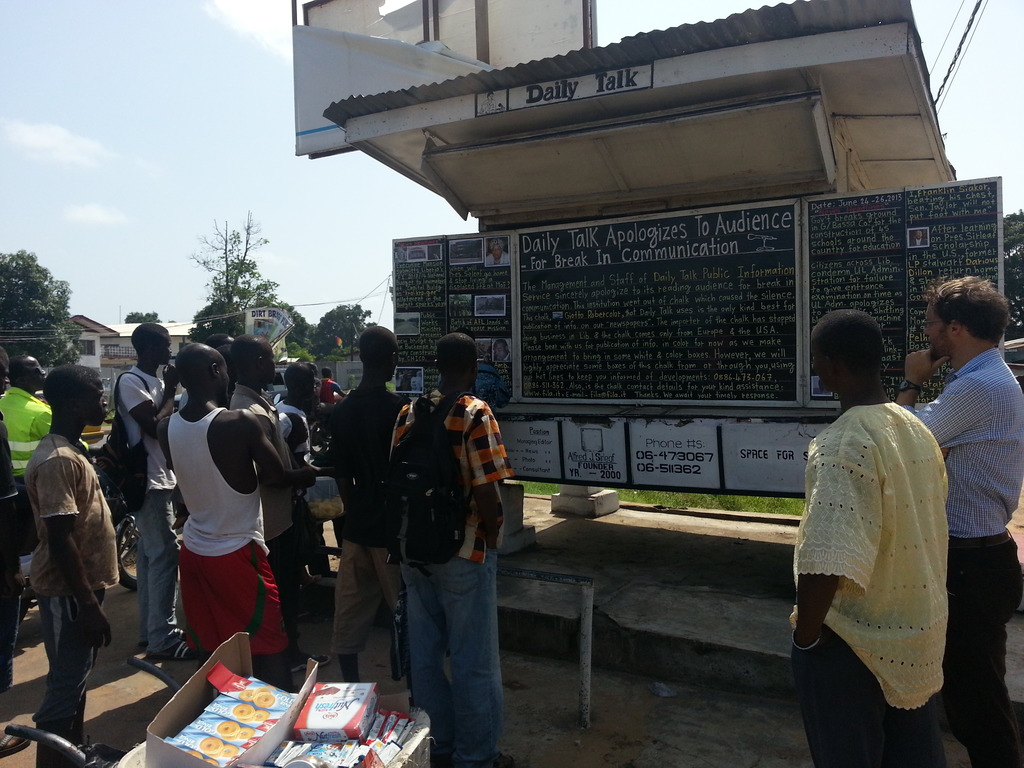 This month, the Open Gov Hub, home of the Accountability Lab and 15 other organizations working on the open government agenda, held an information session on the activities of the Open Government Partnership (OGP).

The OGP is a global initiative that aims to secure concrete commitments from governments to promote transparency, empower citizens, fight corruption and harness new technologies to strengthen government accountability. At the core of the Partnership is a commitment from participating countries to undertake meaningful steps toward more open government as a part of a concrete action plan, developed and implemented in close consultation with their citizens.

The OGP, however, is more than just a group of governments committed to the principles of open government. It also functions as a mobilising mechanism through which governments and civil society organizations can collaborate on ideas for change, as well as a networking mechanism connecting governments with the linkages, expertise and resources they need to develop truly innovative open government initiatives. The OGP also serves as an Independent Reporting Mechanism (IRM) publishing annual reports on the progress of and/or fulfilment of each country’s commitments. These reports and each country’s action plan are published on the OGP website, creating an OGP online portal so that people can easily track each country’s progress.

The OGP, having launched in September 2011 with just 8 founding member has already grown to encompass the commitments of 50 additional governments. These include Liberia – one of the Lab’s chief countries of operation. The government of Liberia officially joined in April 2013 and its cabinet endorsed the country’s action plan on July 5th. Liberia’s OGP commitments, among others include:

These commitments are clearly ambitious, making it imperative that the government of Liberia works collaboratively with civil society groups and non-governmental organizations to make these commitments a reality. This is the very reason why the Accountability Lab is working, in conjunction with iLab Liberia and the Government of Liberia, on a project called “Knowmore LIB”(“Knowmore” is the Liberian English word for a “know-it-all”; LIB is shorthand for Liberia). Our team is working to create a dual-purpose website which will function both as an “Open Data Hub” allowing the government to collate, process and disseminate information in a way that will increase transparency, and as a “Government Navigation Portal” to help Liberian citizens understand and use government services more effectively.

This will be complemented with an offline campaign, using popular chalk billboards to convey this information to citizens on the other side of the digital divide. The campaign was inspired by one of the Accountability Lab’s “Accountapreneurs,” Alfred Sirleaf, who founded the Daily Talk, a handwritten chalkboard newspaper. The chalkboard keeps thousands of Liberians informed every day who cannot afford the price of a newspaper or access to the Internet.

“Knowmore LIB” will expand these popular chalkboards across Monrovia to convey clear instructions and illustrations on how to navigate public services. “Knowmore LIB” will provide an invaluable tool for the government to engage with citizens, but also for citizens to engage with the government in transparent and constructive ways. It will, also help Liberia fulfil its OGP commitments, ensuring that the international initiative is consolidated and implemented on the ground in ways that truly benefit the people of Liberia.