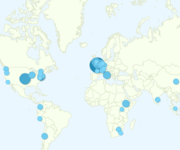 This group is intended as a discussion space for collaborative research projects where people in different contexts work together to address issues they are interested in.

PAR in the WASH sector 1 Reply

You need to be a member of Collaborative Research to add comments!

One critical element that I saw in that System Convener idea was that such people seem to have some kind of power or social base from which to operate.  They manage to keep at it "after the report" and were observing the landscape of practice "before the project."  So not many consultants for hire get to play that role because we come and go so readily.  (That's one reason I have a strong commitment to roles where I am not a consultant and therefore my learning is not curtailed when the money runs out.)

Both Nancy and Philipp are talking about deliberate, conscious commitment.  It seems to me that a lot of learning happens when we are looking the other way, where our commitments "have us" rather than "us having commitment."

AND... I want to contradict my own crazy self. The PAR I'm working on now would stop dead if two of us did not keep plugging away. The really great thing about that is she and I are learning a lot. The bad thing is we are creating dependency on the part of others. They see value, but they have no vested stake in the game. We are a gift. And in two weeks, we are presenting our initial findings and saying that the gift is going away. If they want more, than have to put something into the game.

Oh, and may I say, I hate a discussion tool that sends me alerts but not the content of the message. Grin.

Just sayin "YEAH" to this:

"In a way systems convening is what we all do with every single contribution to the social structures around us. We can put down a flag everywhere and claim that this is the centre or define and that the boundaries are over there but this is not an answer to the question at an "essence" level."

I have a real split personality reaction to the role of systems convener you mention John. I totally see the value. And I worry that this is just another excuse for all of us to not take responsibility.  Does that make sense?

I see and agree with what both of you are saying. What Nancy outlines is the issue that I am thinking about.

What John says is a way out of the "problem" by re-framing the issue in terms of system level (encompassing PAR processes in communities).

I do not think that a PAR needs a clear starting point. I mean, people can commit to things without having a contract or some sort of formal agreement. If the point at which people let each other know that they commit to something that might take a while is a starting point, I do not know. In the end, nothing ever starts or ends. :)

In a way systems convening is what we all do with every single contribution to the social structures around us. We can put down a flag everywhere and claim that this is the centre or define and that the boundaries are over there but this is not an answer to the question at an "essence" level.

This, as well, is a half-formed thought.

@Nancy: 'letting down' can only occur when someone commits to something or if the other for some other reason has certain expectations. Since that was not my position with regards to this no such thing could have happened :)

I"m hoping to read your reflections more carefully, Philipp, but one thought that keeps popping up for me is that the "system convener" model that Bev and Etienne were talking about doesn't require that "nothing counts" till project begins.  I keep wondering whether the PAR model that you are exploring requires a clear starting point.  A system convener might step into an inquiry midstream and attempt to move it forward.  But they might not get credit in an academic context, so the importance of that role might be easily missed.

Pardon the half-formed thought but this question has been nagging at me.

I would like to offer some reflections on what John refers to below because at this time I consider the project failed.

Peter Bury wrote a while ago that: “What we could promote maybe more is the formation of (temporary) working groups around a topic of common interest.” He thought that this is something that the community could do more. I thought so too and offered some of my time as a researcher to support such efforts.

You might recall that I offered 3 hours a week for a few months to be dedicated to something of a PAR project. The idea was that instead of doing PAR in only one organisation looking at only one context we could look at similar problems across different projects with the PAR methodology in mind. Now, getting to my reflections:

As a researcher it is difficult to do meaningful work.

This in principle is not a problem. I assume this is the case for every social system that has such a long history, etc.; they all tend to be inwardly focussed. Thus, I generally support claims of academics sitting in their ivory towers. Maybe, this is why thinking out of the box, innovation and creativity happen so seldom (especially in academia).

Practitioners have a draw back position that gives meaning to their work, which is that they are “doing stuff” that they imagine has an impact. They struggle to prove it but the famous ‘leap of faith’ (and the assumptions underlying it) is more embedded in a practitioners work than they usually like to admit (to their bosses and funders in particular). However, when I worked as a practitioner I found that I struggled with a similar problem to the one academics struggle with. I was incentivised to get things done. Since we were in the business of doing stuff we were never given much time to rethink our approaches, question our assumptions, and, every once in a while, ask ourselves if we were actually (still) providing more benefits than we caused harm.

What I am trying to say is that doing things differently is as difficult in academia as it is in the practice domain.

Participatory action research and other approaches with similar philosophical underpinnings have evolved to address some of this. Trying to tear down the borders between thinking and doing, knowledge and action, etc. Some people are trying to overcome the (in my view) misunderstanding that we can happily know stuff without acting upon it and happily do stuff without questioning what we base those actions on. However, in modern western societies we still believe that we can have separate sub-systems that deal with knowledge production and application. All that stuff regarding knowledge brokering, knowledge translation, etc. are our desperate attempts to overcome those boundaries that we created ourselves in the first place.

The reason why I like participatory action research is that it tackles the problem at its core. Rather than adding further independent actors, roles, etc. and maybe introducing new sub-systems it makes the bold claim that knowledge and action should never be separated in the first place.

So far so good.

In the discussions we had on PAR on this mailing list since the wikisurvey it was emphasised that these sort of projects are usually started by “practitioners” that confront a certain problem (what I called improve understanding of a phenomenon); not surprising really since research shows that problem-solving is the single most important motivation for information seeking to occur.

The wiki-survey is a fair attempt at starting something like this without imposing a researchers agenda but it is not sufficient involvement for people to invest time into a continuous exploration of a problem at hand. It lacks the intrinsic motivation at the practitioners end that is inherent in a practitioner starting such a project.

What is the problem with a single practitioner starting a PAR?

As I see it, the problem is that these processes usually end up looking at only one context (project/organisation/ etc.)

In my mind, the single most important thing that keeps PAR from going mainstream at this point in time is concerns about “objectivity” (and with it scalability and transferability). After all, what implications has one case for another? ‘None’ and ‘everything you dare to imagine’ are both equally valid answers.

The idea that I wanted to try out with the collaborative research project I started with KM4Dev (after encouragement from John Smith) is; what if we ran action research projects in a community? What if we address the problems academics and practitioners face in a PAR way AND get something that is more than a single case? What if this sort of collaborative PAR would work and we would improve practice, our understanding of the phenomena we study, AND could claim that what we tried is applicable in more than one context?

This was the idea. I know that this is not a straightforward read (something else academics tend to do). However, if academics want to do more meaningful and applicable research and practitioners want to base their actions on critical reflection rather than assumptions I think we have to find ways of talking and working with each other.

These lines are as much for the purpose of my own contemplation as for triggering ideas.

Feel free to make of this whatever you deem appropriate. 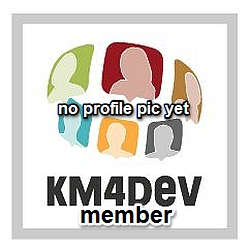