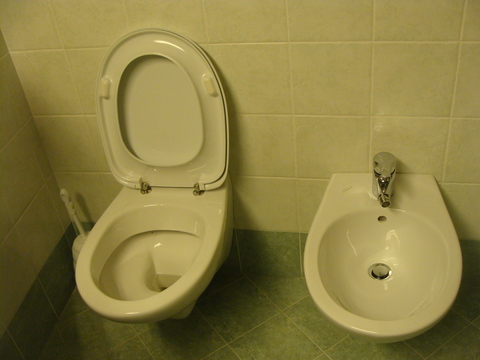 Today it’s world toilet day. The monitoring of sanitation facilities globally remained a challenge to the country governments and International agencies. It is sometime said that the cursory assessment reports (e.g. JMP-Joint Monitoring Programme) of the facts about the rural and urban sanitation scenario may lead to pressure on country governments to expedite the process of providing better and sustainable sanitation infrastructure to their population.

In a scenario where still 2.5 billion people around the world don’t have clean toilet facilities and 1.1 billion still defecate in open, how much the advocacy terms as human right approach and sanitation as economic investment will pave better future for commons.

The problem of the commons in India on sanitation is about the low cost sustainable sanitation technology options, access to quick and reliable information for infrastructure building and some sort of advisory and technical support. The monitoring process and getting reliable information from the developed infrastructure is another important aspect that need serious consideration in India (Read more>>).

There are a number of facts about the development of rural sanitation infrastructure in India and in this the National Family Health Survey (NFHS 2006) data found that 74 percent households had no toilet facilities and they use bushes or field for defection. This report further elaborates that of the total 26 percent available toilets, 13.5 percent households have toilets connected to septic tanks, 5.4 as pour flush toilets, 2.9 pit toilets with slab and 2.3 percent pit toilets without slab.

The updated Joint Monitoring Programme (JMP) report 2012 finds that there are 67 percent people in rural India those still defecate in open and 33 percent have a mix of improved, shared and other types of toilet facilities.

For the 11 Indian mountains states the government of India’s updated monitoring report (19 Nov 2012) finds 75 percent households with toilet facilities, which is slightly better to its national average of 71 percent. However, on other hand the census 2011 finds that best performing mountain states like Himachal Pradesh could still develop 67 percent individual household toilets and Uttarakhand 54 percent in rural areas, as they have reported figure of 100 and 84 percent respectively.

The dilemma is that as we go deeper in to the statistics of different agencies and departments, one will only get numerous facts and they mostly mislead the planning process.

Replies to This Discussion